Yet again I’m really behind the times with my film watching…
I watched Crazy, Stupid, Love last night. Whilst I usually prefer a more, shall we say ‘challenging’ film, I was in the mood for an easy watch and this seemed perfect. 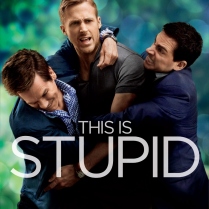 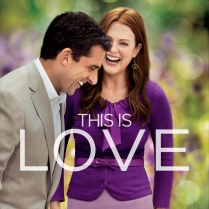 Crazy, Stupid, Love follows the lives of Cal Weaver (Steve Carell) and his wife Emily (Julianne Moore) during their impending divorce. (Don’t worry that’s not a spoiler) the big spoiler comes during the garden party and I just did not see it coming! Carell and Moore are brilliant in this – they capture the heart-breaking pain of divorce so well and having closely witnessed a divorce myself, I can vouch for that.

The supporting storylines and characters are also well thought out and compliment the main drama: Cal meets Jacob (the ever so gorgeous Ryan Gosling), a charismatic womaniser who wants to help Cal get back in the game. There’s Hannah (the beautiful Emma Stone) who is stuck in a passion-free relationship with Josh Groban and later gets to lock lips with the stunning Jacob. And finally the sweet, heart-wrenching tales of unrequited love round off this movie perfectly. As the stories unfold they intertwine with one another, culminating in a rather dramatic scene which, like the rest of the film is a bit of an emotional rollercoaster!

Its very charming, it’s funny and witty yet deals with real emotions without getting too heavy. I think this is a great film. My only bug bear with this film was that Jacob’s character wasn’t explored more – we started to find out more about his past, his father and how he became the womaniser he is and then it just stopped – I think there was a real opportunity missed there. But anyway, overall I really enjoyed this film and I would recommend it for a feel-good easy watch anytime! Have a look at the trailer:

Have you seen this film? I’m sure you have as I’m very late to the party, but what did you think of it? Leave links and comments below!